Great weekend at dachshund field trials in Pennsylvania and Michigan

The weekend of May 3 and 4 marked my first field trials this season, and possibly the last ones. Things are pretty hectic here this spring, and this is one of the reasons why you do not see frequent blog updates. Anyway, I was really looking forward to spending two days in the field with my dogs, in company of good friends, watching dachshunds trail rabbits.

These were new grounds for dachshund field trials so we did not know what to expect at Woyming Valley Beagle Club in Hunlock Creek, PA. The drive was easy, and it took me only 3.5 hours to get there. As it turned out the grounds were terrific with abundant rabbits and good visibility. Beaglers provided excellent food and support.  And it was great to see good friends after a long off-season. 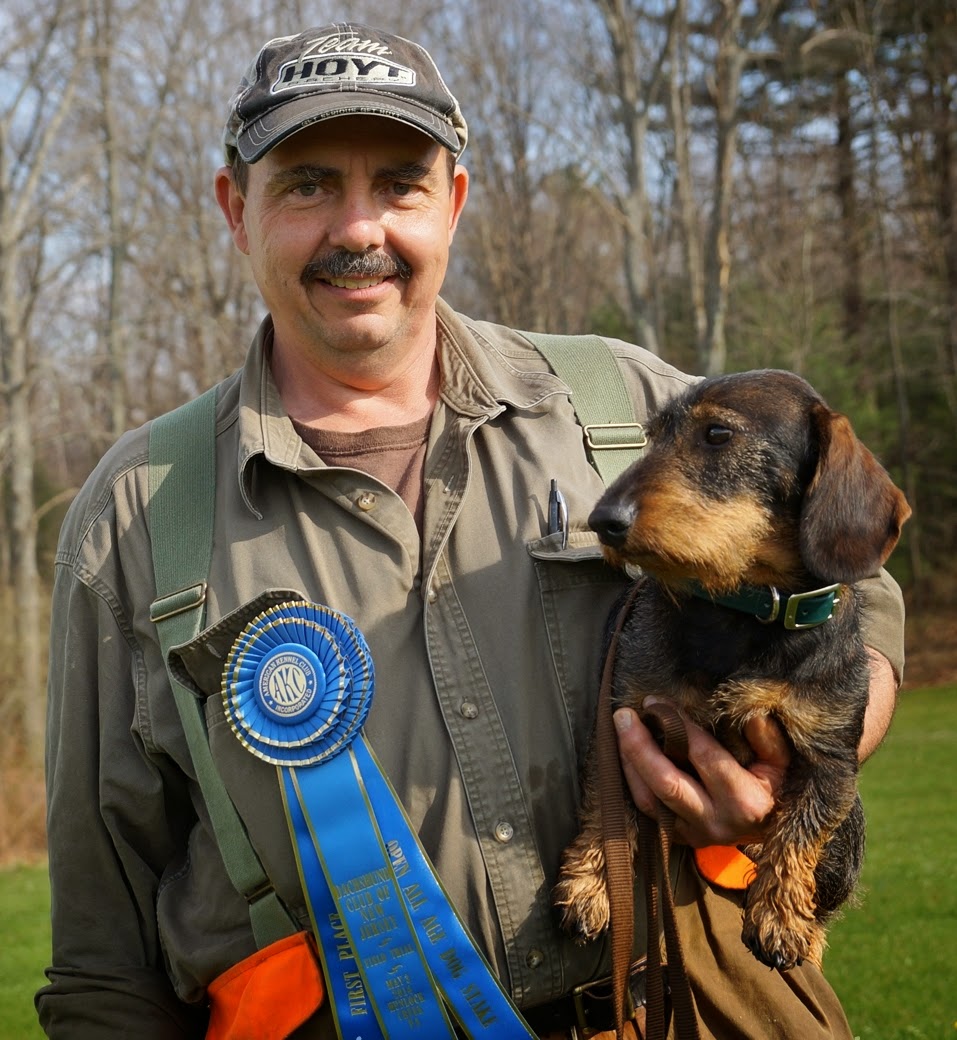 On Saturday, May 3, Darren Doran from New Jersey ran his Theo von Moosbach-Zuzelek in the open stake for dogs. Theo had some great runs, was called back in the first place and held on to it. Since he needed only 2 points, this win finished him as Field Champion. Huge congratulations go to Darren and Theo on this new title! What a terrific season this team has had - a win at the Deer Search blood tracking competition and now a title of AKC Field Champion! It does not get better than that. On Saturday it was the first field trial for our almost-ten-month-old Kunox von der Dohlmmühle. I have been working with Kunox for a month or so on rabbits in our enclosure. I know that he has a lot of hunt, can follow rabbits pretty well, and he will get better with experience, maturity and age, so the emphasis of our training was on partnership. We worked with a release cord and put emphasis on communication and recall. I was really proud of Kunox as all this work has paid off. Most of the time he was easy to recall, even from a long distance. I was very pleased. On Saturday he placed 3rd in the open stake of 10. 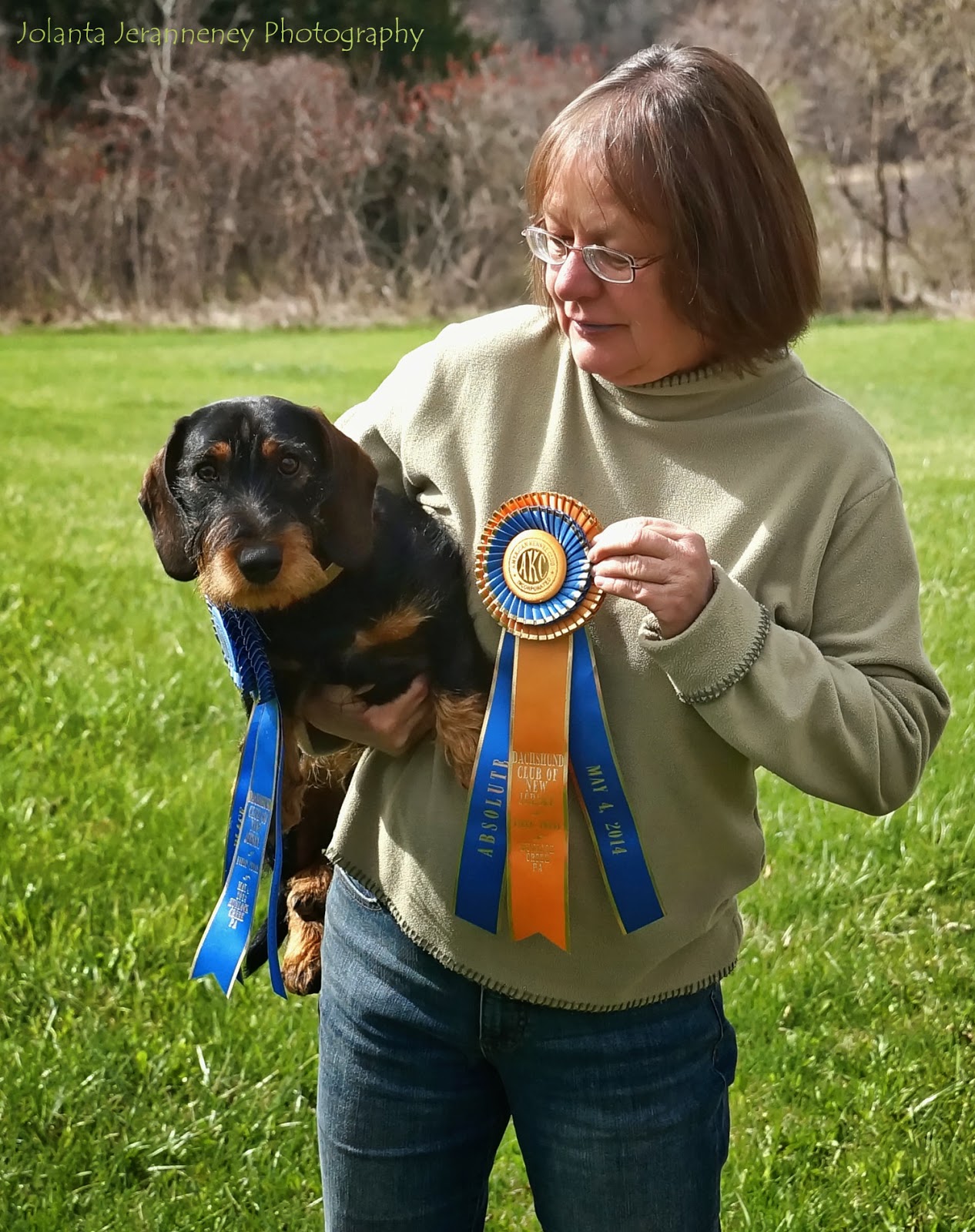 On Sunday, I was not impressed with open dogs' runs in the first series, Judges were very generous in putting them on multiple rabbits but it looked like very few dogs could recognize a rabbit scent line at all. Kunox was given two rabbits and did not smell them but managed to get on rabbits that he found on his own. I did not think that he would be called back at all. But two braces were called back for the second series, and he was called in the 4th place. In the second and subsequent series things got better. Kunox won all his runs and in the end won the stake. Since the first place in open stake for bitches was witheld, he did not have to run for the best of open. In his Absolute run he faced a 9.5-year-old standard smooth male "Donder" owned by Sandy and Joan Horskin. FC Harmony Hill Donder had some terrific runs in the FC stake and was a much more experienced opponent. The dogs were released to thick brush, Kunox first, Donder second, and both of them opened right away. They worked in the brush and Kunox took the scent line out of the brush first, with Donder close behind him. Donder was at disadvantage - because of his larger size he had a harder time moving through the brush. The judges, Alice Moyer and Phil Kirby, said "picked them up" and awarded the Absolute win to Kunox. Good boy Kunox! 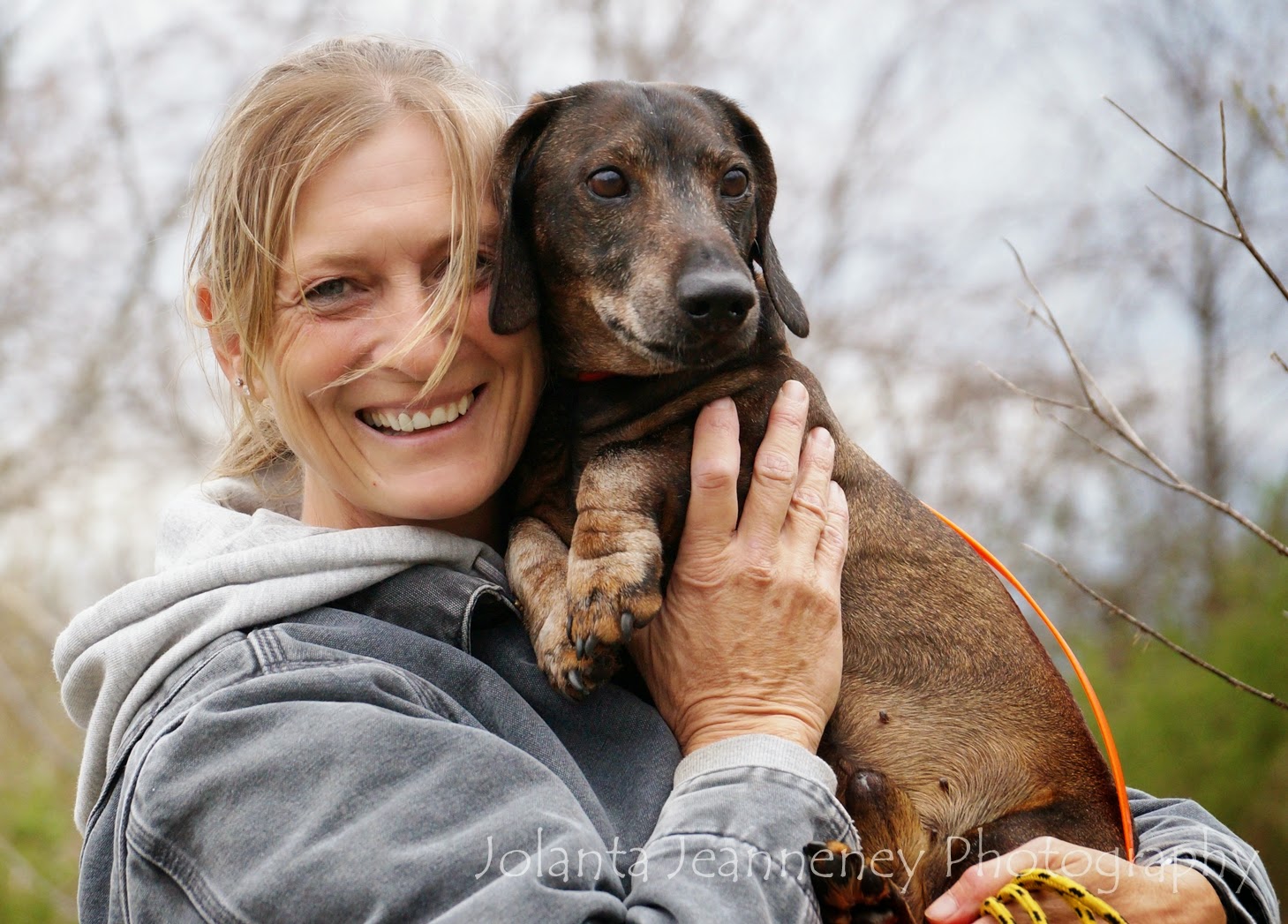 One of the highlights of this weekend was watching Susanne Hamilton's almost-12-year-old Buster working rabbits on Saturday. The competition was tight (35 field champions) and Buster's runs were superb. He placed first in his stake, and after defeating a winner of open stakes went  Absolute Winner of the trial. 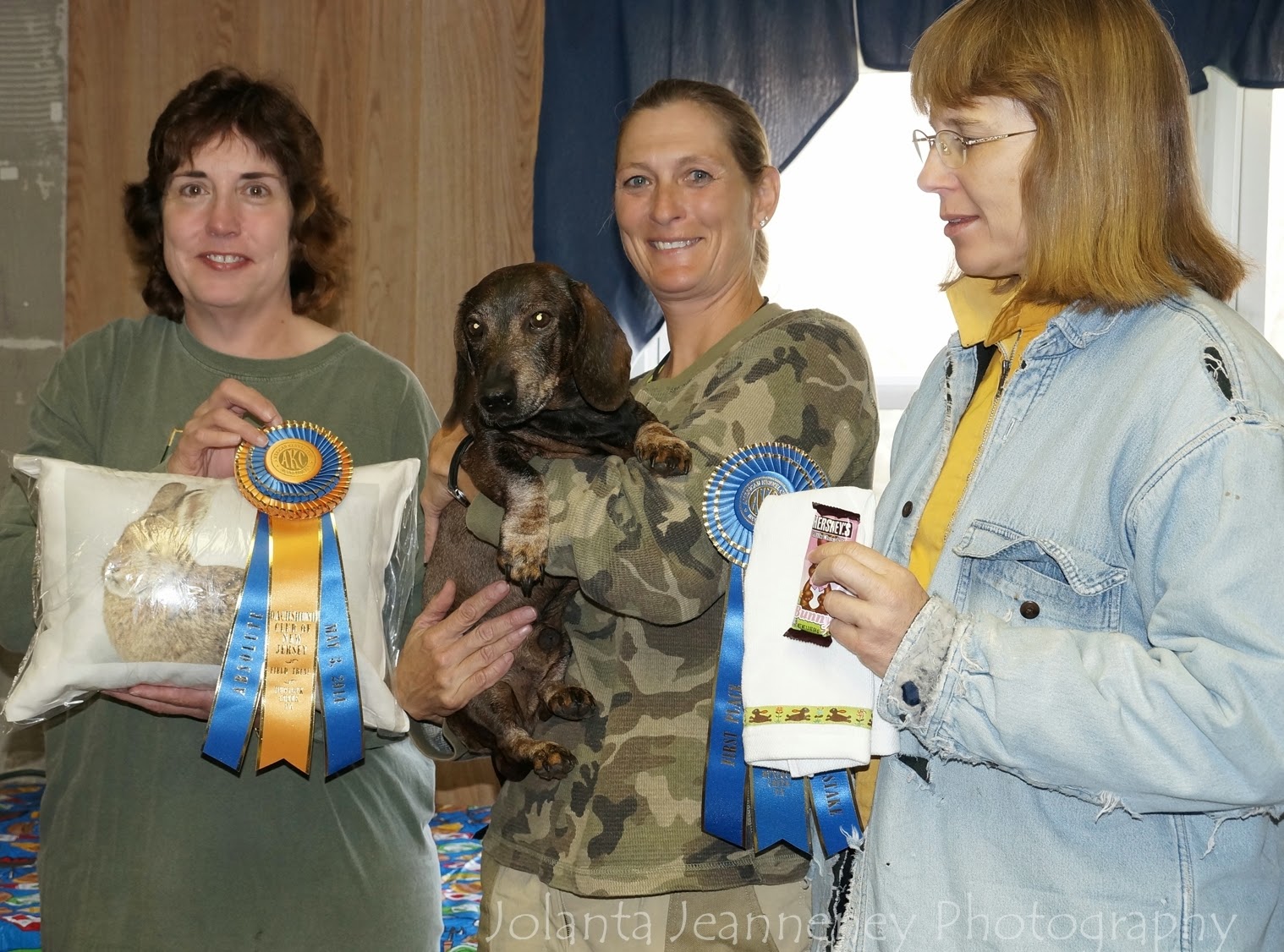 Buster (FC Clown vom Talsdeich) is one of the most accomplished tracking/hunting dachshunds in the States and it was a thrill to watch him in action. By the way, three weeks ago we bred our FC Mielikki Raptor to Buster and we are very much looking forward to having Buster's puppies.

While we were having fun in Pennsylvania, things were also happening in Michigan at Wolverine Dachshund Club trials. Cheri Faust's Danika (FC Danika vom Nordlicht) was Absolute Winner of the trial on Saturday. Danika is Buster's daughter and the most accomplished dachshund in the history of field trials. On Sunday the Absolute win went to FC Strolch von Lowenherz bred and owned by Laurel Whistance-Smith, our Tommy's son. Danika and Sky's puppies, Copper and Halo, placed 1st and 2nd on Sunday, Copper was also 2nd on Saturday. Sherry Ruggieri's dogs, Niya and Dixie placed well as well.

So all in all it was a GREAT weekend for dachshunds out of European hunting lines, who won 4 Absolutes at 4 trials!

I'd like to end this report with more pics taken in Pennsylvania. 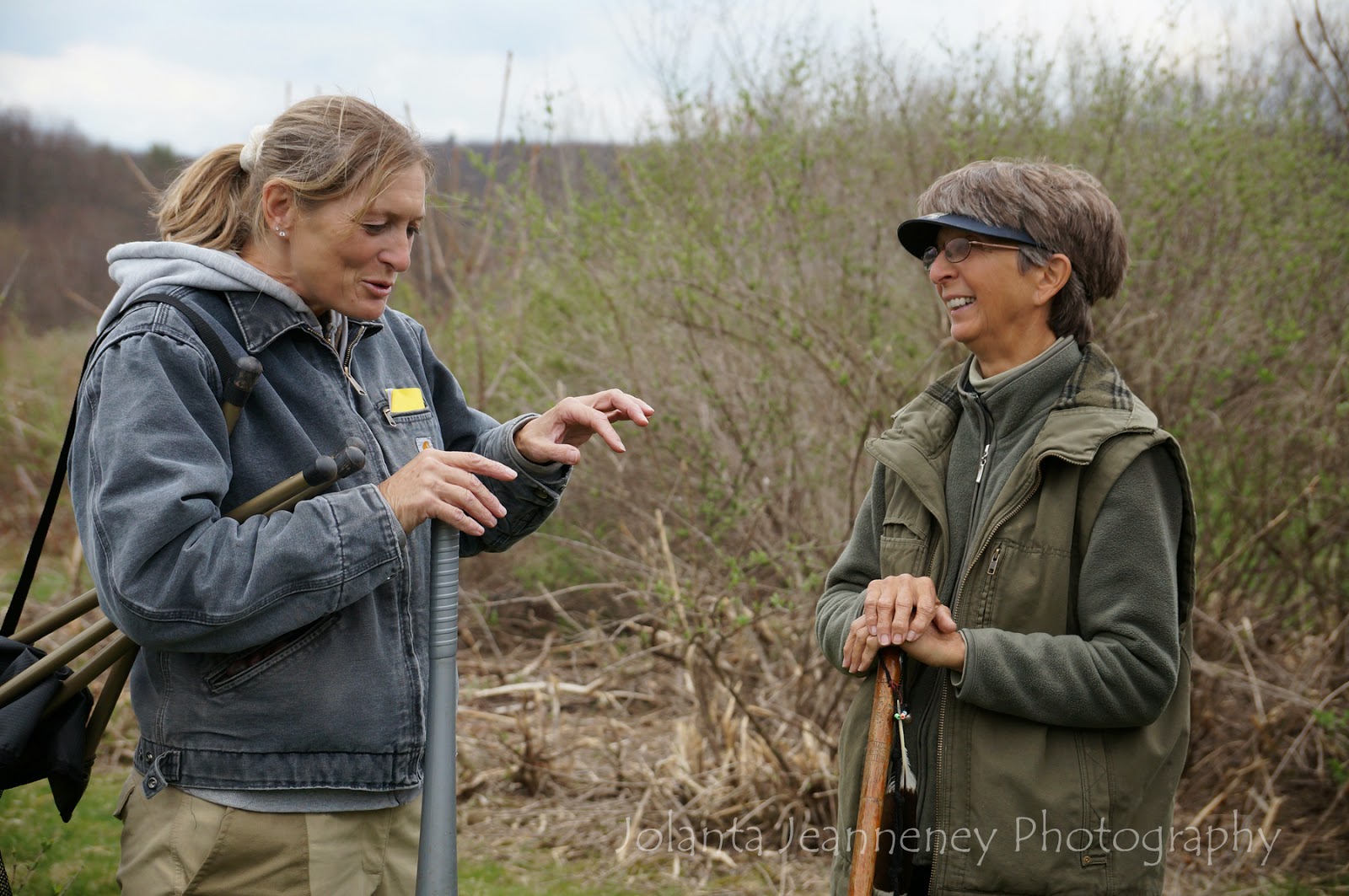 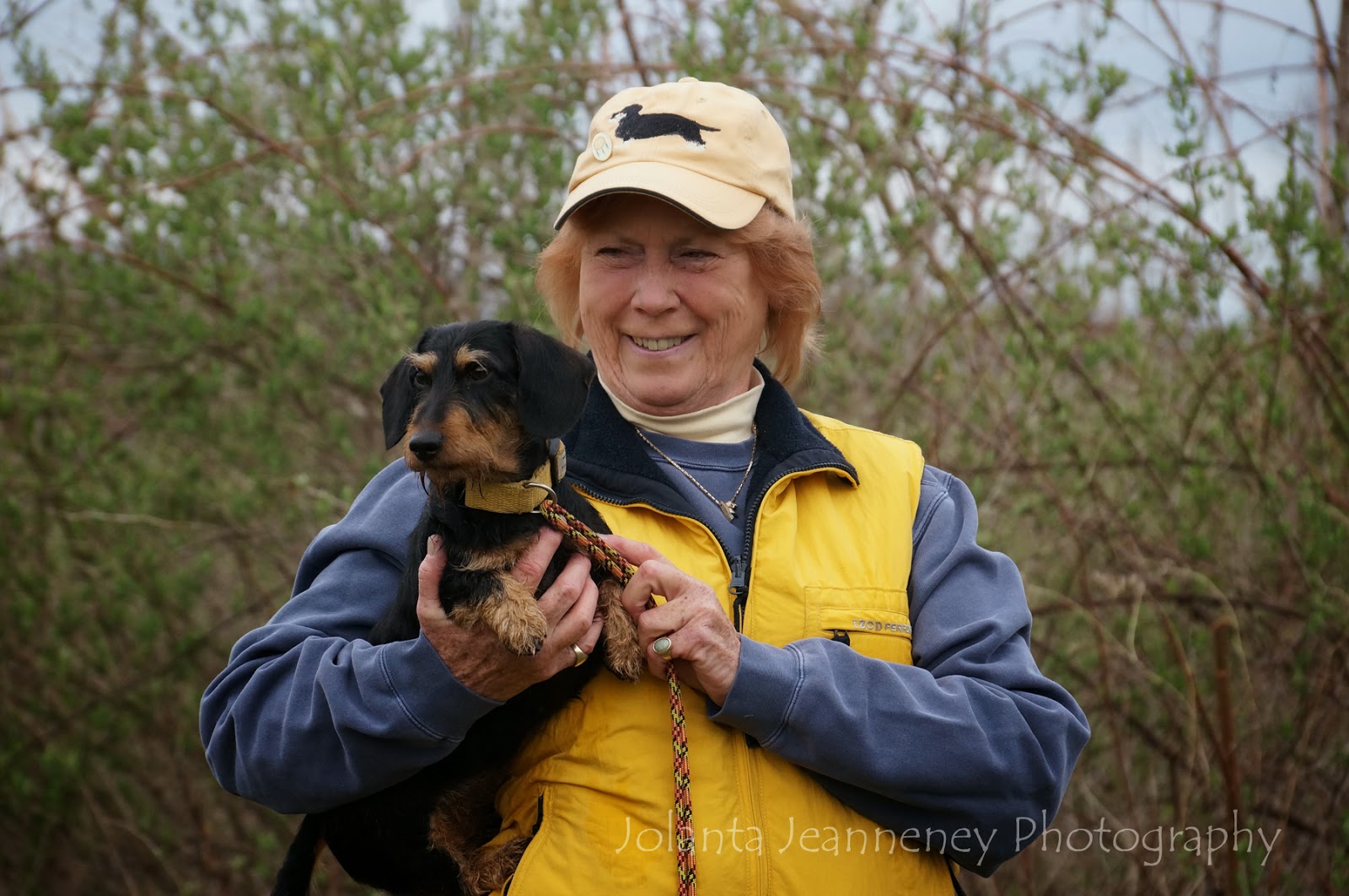 The two pictures below show Joan and Sandy Horskin's Donder, who gave a super performance on Sunday. 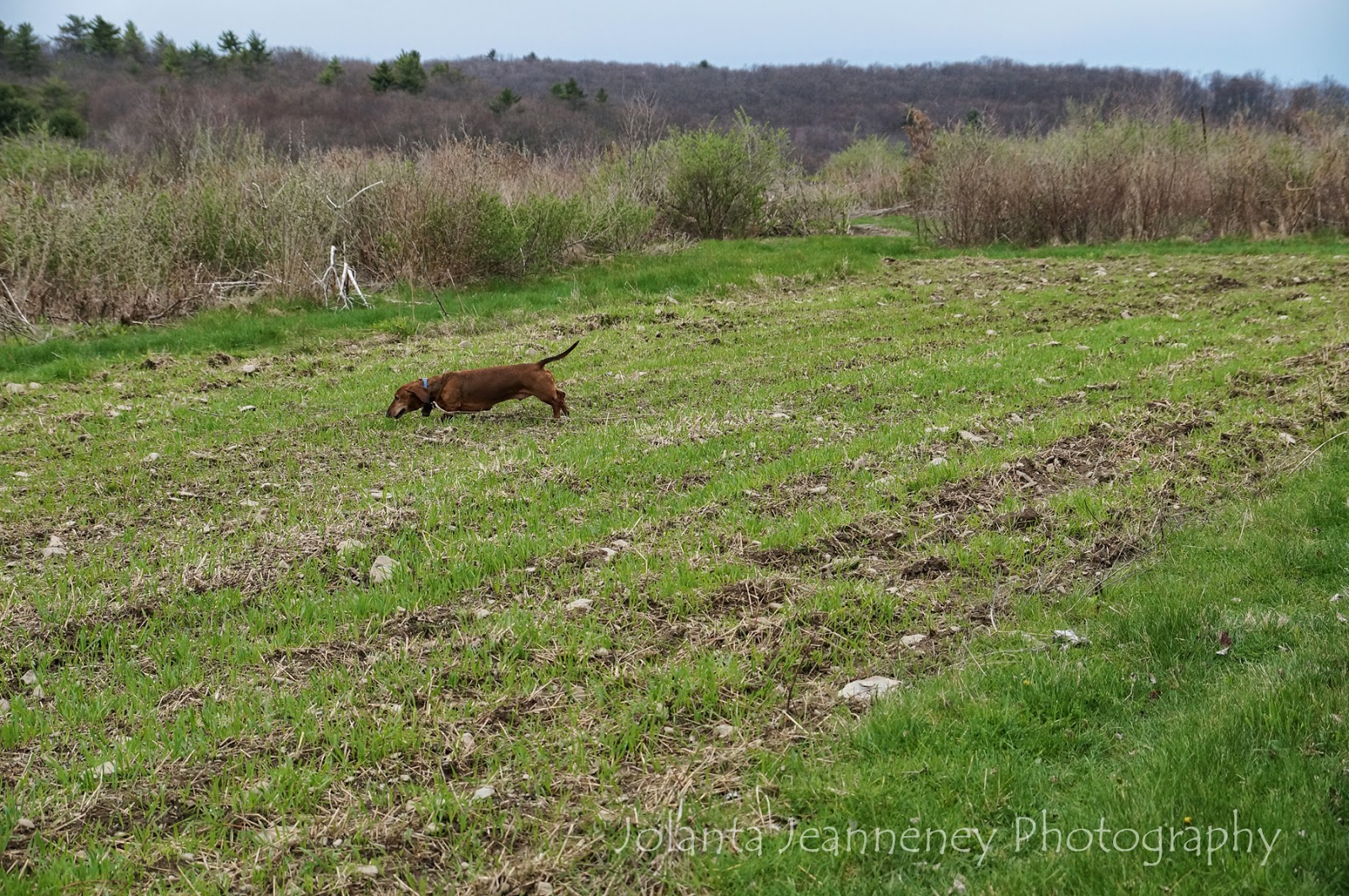 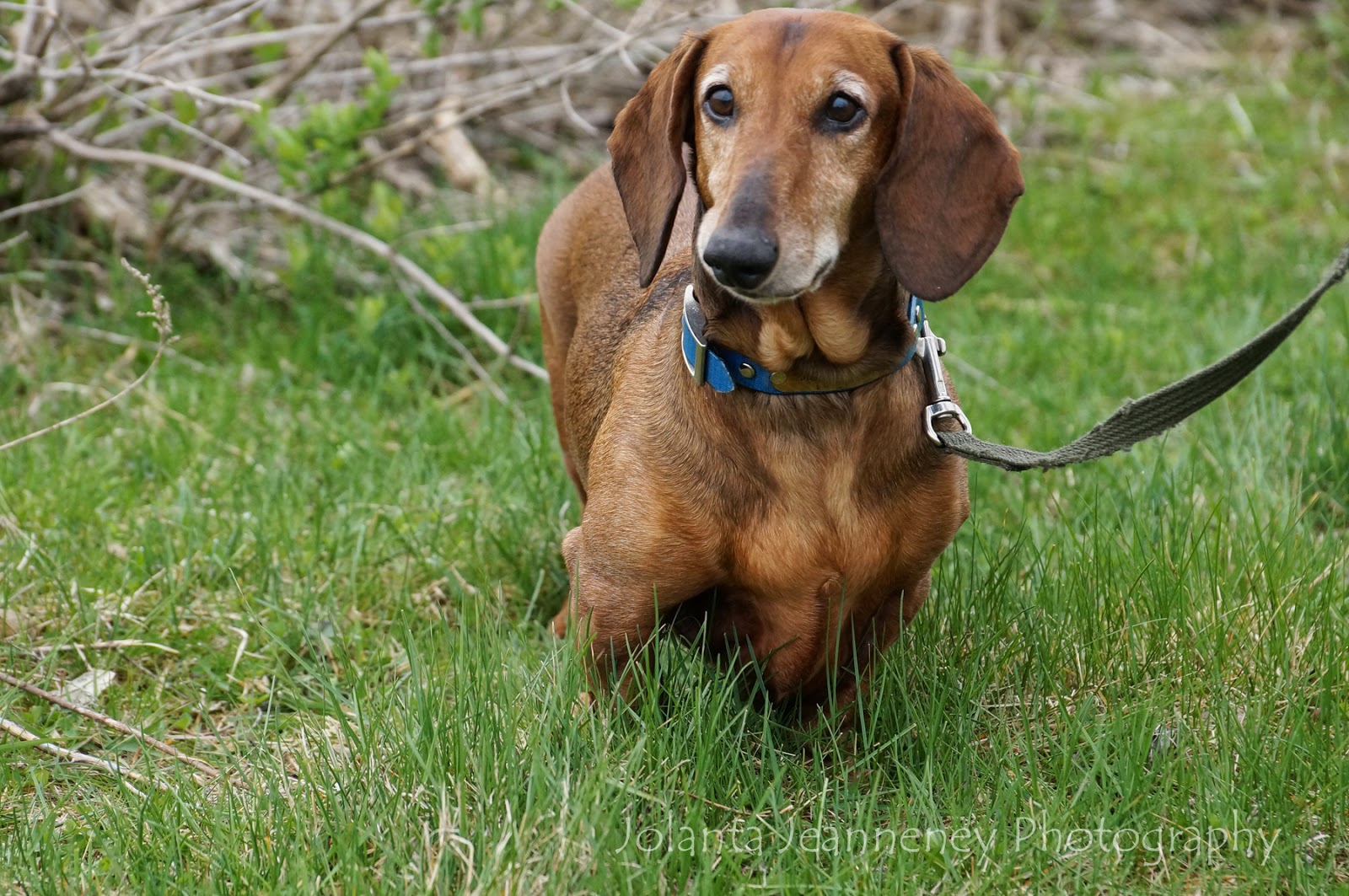 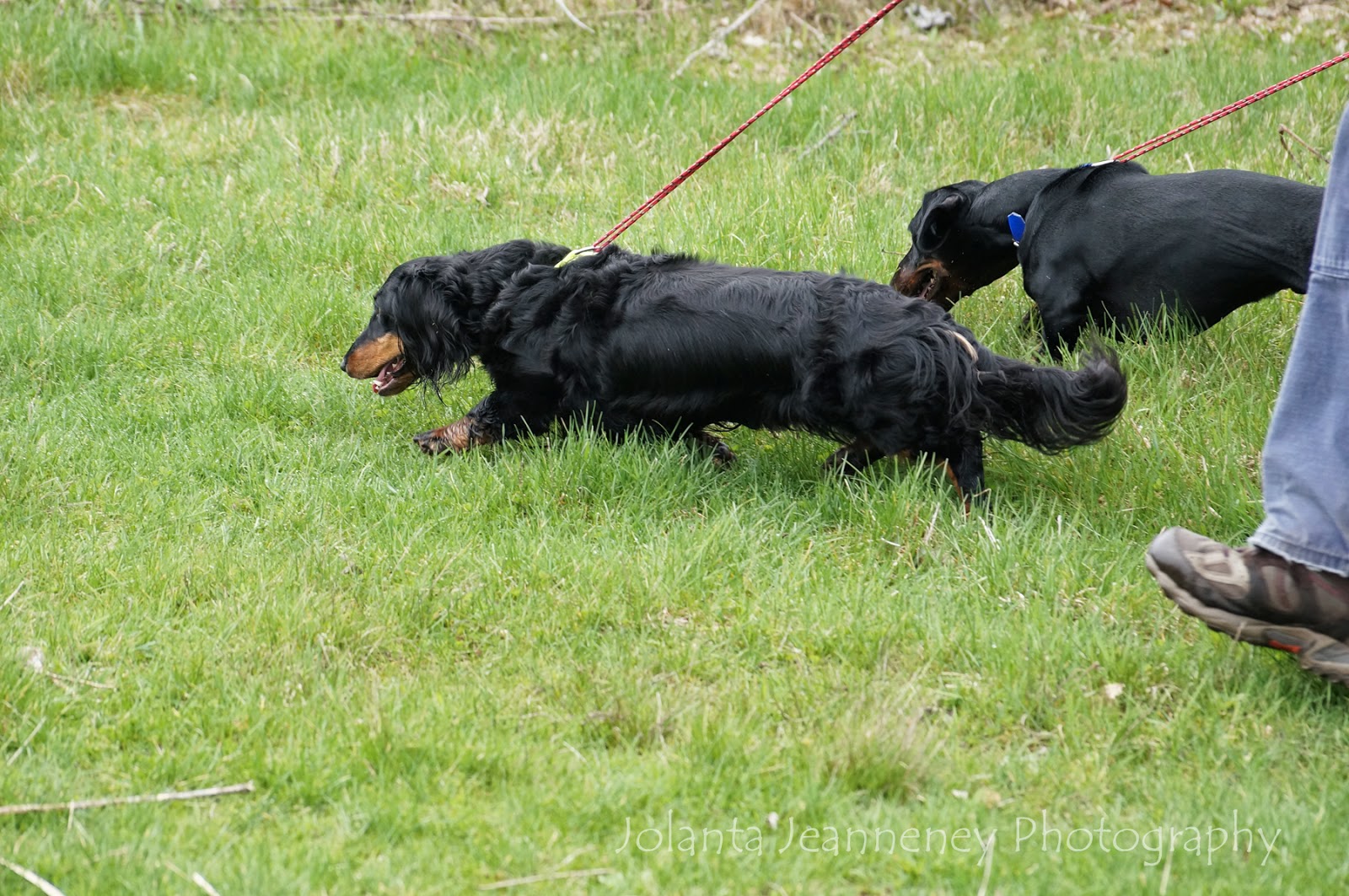 At dachshund field trials you get to see all kinds of dachshunds. This brace included two black and tan standards, a longhaired and smooth. 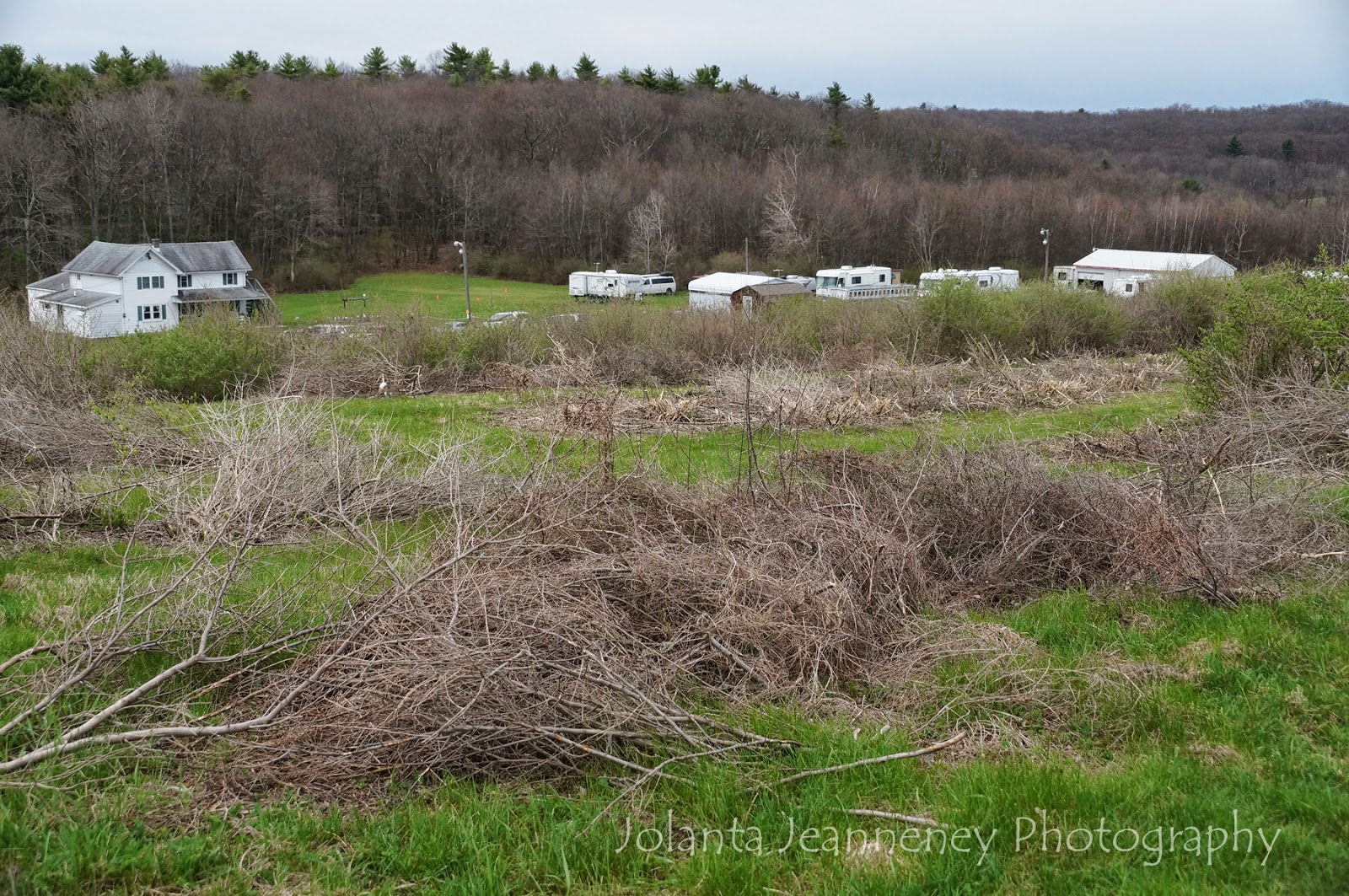 The grounds of Wyoming Valley Dachshund Club were well maintained and provided good visibility. We hope to be back!