You young trackers  have many good years ahead of you, but eventually things wind down. As old tracker, I can give you a preview of what is coming eventually. First I had to give up taking calls to find deer. I just couldn't navigate steep slopes and thick cover due to poor balance and lack of leg strength. But at least I had the comfort of knowing that I could still train puppies on easier terrain. I could still work with my dogs.

At the end of January there was a break in the winter weather and the ground was bare. I took out Odin, age five and a half months, on a 22 hour line, 375 yards long.  Odin's is a puppy from Germany, and he had not had much training in tracking before the snow came. Odin was doing amazingly good work on the old line with its six right angle turns. Then I fell down in the flat, easy  woods and lost my grip on the plastic clothes line that I use as a tracking leash with half-grown puppies. What a nuisance it is to be 82 years old and semi-competent!

Odin took off, as I struggled to crawl to a tree and  pull myself back up on my feet. When I hobbled ahead to the last turn I could see Odin a 150 yards ahead. He had followed the blood line around the last turn and was "baying" at the deer skin. He didn't quite know what to do with it, but he knew that it was the treasure at the end of the track, and that this was important.

My instability in the woods, falling down and all, forced me to admit to myself that even training  puppies to track was now beyond my capability; this sad day  was softened by Odin's brilliant work at a young age. I will live on in the memory and spirit of my dogs. 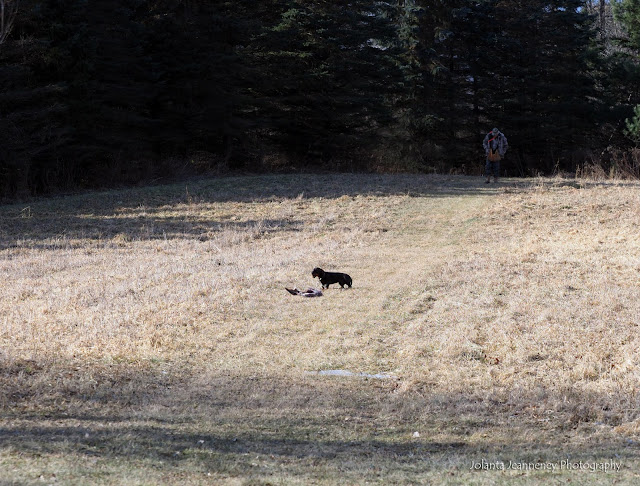 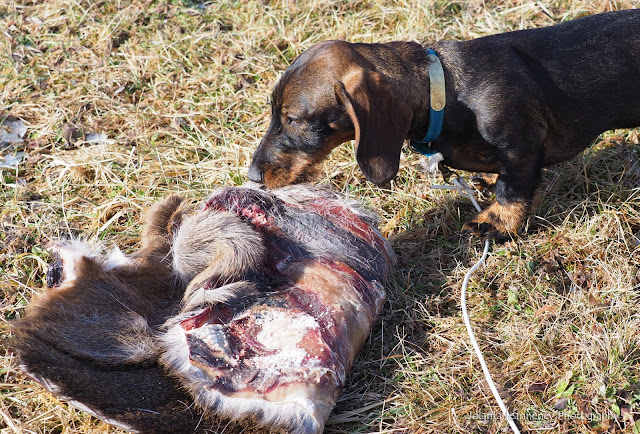 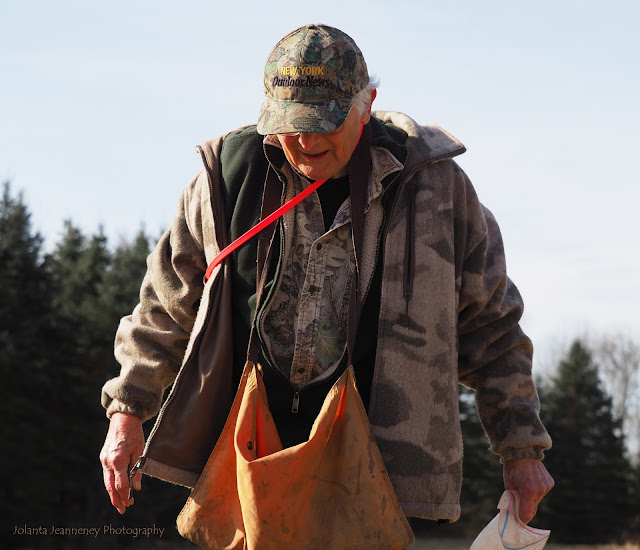