It's time to slowly get back to blogging. We try to post information that might be useful for others, but we also post for ourselves as it is a good way of record keeping. This spring has been so busy that the blog got dropped in favor of Facebook, which makes sharing info and pics so easy. The interactive part of Facebook is hard to beat but its searching capabilities are seriously lacking.

Yesterday I got back from dachshund field trials that were held by Western Pennsylvania Dachshund Club at Cowansville, PA. When I was there a year and a half ago I was very impressed with the grounds. This time rabbits were not as bountiful, which made for long days of beating brush in the field. The weather could have been better too. It was hot and humid, and we had thunderstorms on both days.

This was my only trial of the spring trialing season so regardless of the circumstances I still had a lot of fun. It was great to see close friends and their dogs. It was not a great weekend for our own dogs as the only placement we got was Volt's second place on Saturday, but I am really glad I went and got to see Joanne Greer's Viva. Viva is a daughter of our Tommy and Tuesday (Vivica von Moosbach-Zuzelek), and I have not seen her since she left our place in June 2014. She is our Volt's littermate and looks like his better looking twin. She lives in New Hampshire and does not get exposure to cottontails there. Viva placed 1st in open stake on both days, and since she was in heat she could not run for the Absolute. I got goose bumps when I watched her on Sunday as she opened for the first time with a really nice voice. It is great to watch a young dog figuring things out at her first field trial. Thank you Joanne for everything you have done with Viva. I think you will have a lot of fun with her! 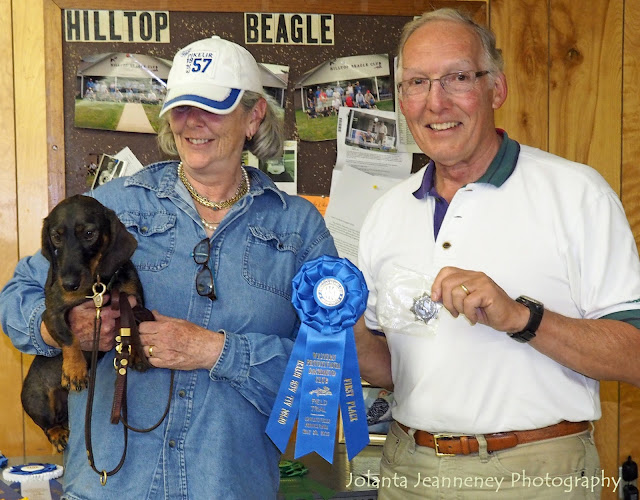 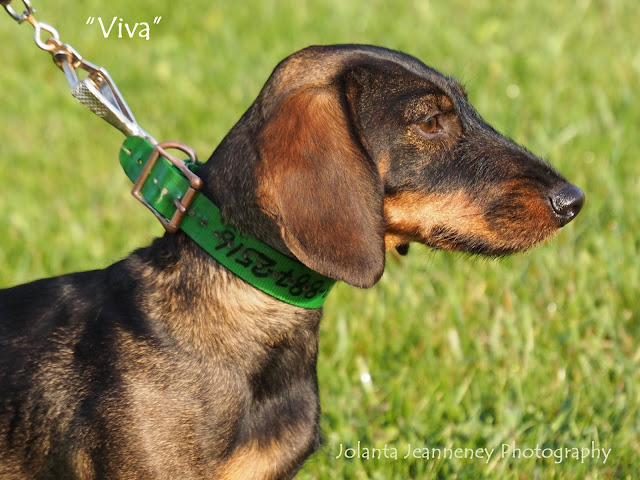 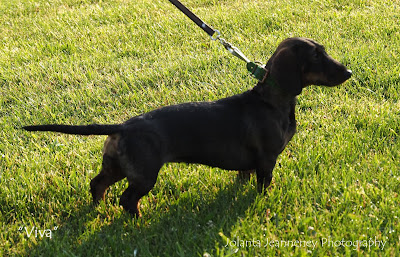 For comparison these are some of Volt's pictures: 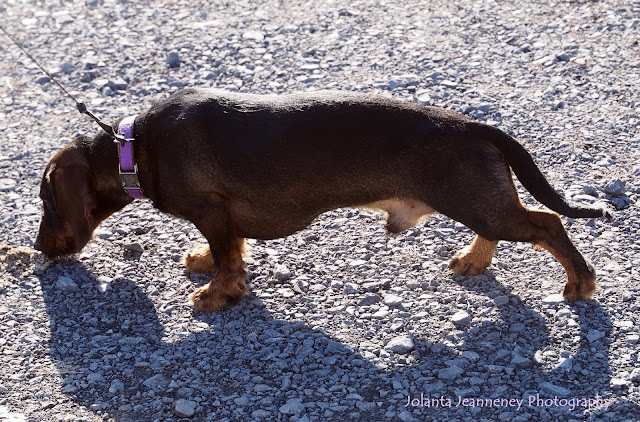 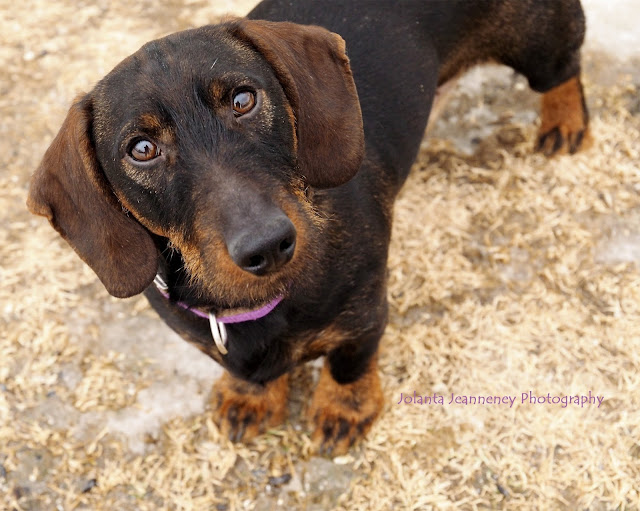 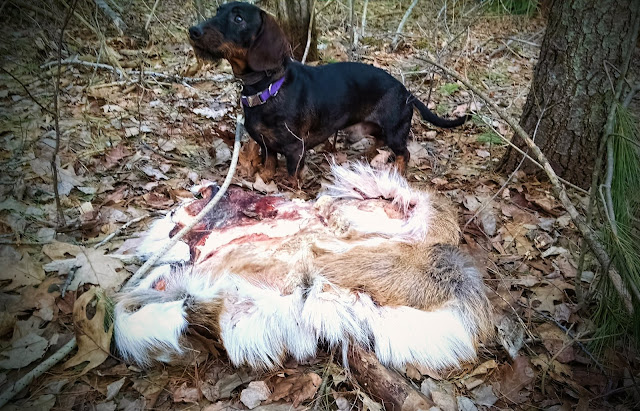 The real highlight of the weekend was seeing Susanne Hamilton's Buster (FC Clown vom Talsdeich) in the field. On June 5 Buster is going to turn 13. On Saturday he was NBQ, and on Sunday he won the FC Dogs' stake, then was best of FCs and Absolute Winner of the trial. All those who stayed for the Absolute run will remember it for a long time. The weather turned really nasty at the end of the day, and we had to leave the field due to the lightning and downpour. Finally when we went back to the field there was a huge rainbow over the sky. I know that Susanne will never forget the day. Huge congratulations to her and Buster! By the way, Buster is Volt and Vivica's great grandsire. 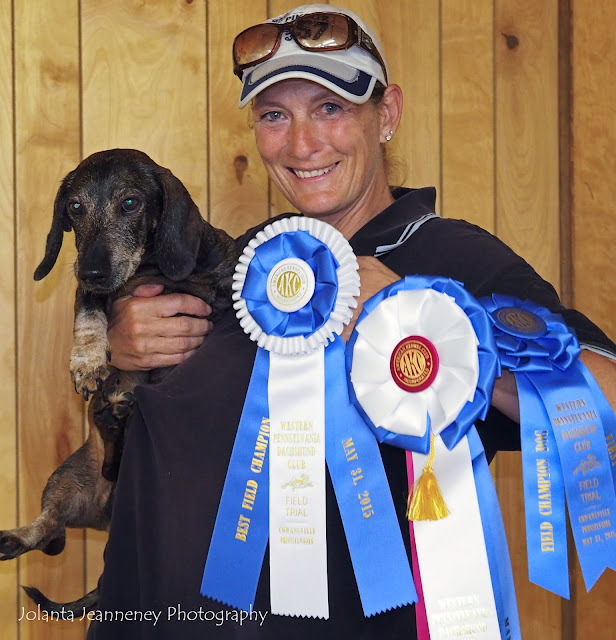 Posted by Jolanta Jeanneney at 9:44 AM No comments: