Workshop for handlers and their blood tracking dogs: The UBT Trackfest 2014

This report is long overdue but as they say, it's better later than never. The official report was written by Cheri Faust and it can be found underneath my remarks (thank you Cheri!).

In the middle of May I (Jolanta) flew to North Carolina to participate in the Annual Trackfest held by United Blood Trackers. Because at the time we had a litter of pups and because some of our dogs have "special" needs (like 15-year-old Asko), it was not possible for both of us to go. This time was my turn. I really enjoyed the trip, and it was so good to meet finally trackers that had never had a chance to meet in person. Of course, a chance to work with good friends was a great attraction too.

A big thank you goes to Kirk Vaughan from Chapel Hill, NC, who found the great place to host this workshop and made possible that all our needs were met. You are never going to meet anybody more dedicated to blood tracking than Kirk. Of course, his wife Barbara Fields was there too helping whenever she could. And I got to meet mac, Kirk tracking dog, who is a beagle/walker mix.

Participants started gathering on Friday to renew acquaintances and make new ones.  Those who arrived early had the special treat of watching Andy Bensing and his superstar tracking dog, Eibe, attempt the first running of the UBT III test. The UBT III demonstrates the ability to resolve situations often encountered on natural tracks. The test is designed to be challenging and fun. Each test is likely to be unique, and handling teams may wish to take the test on multiple occasions.

Andy's track was about 1000 yards in length, four hours in age and was laid using just 3 ounces of blood and tracking shoes.  The track included a directional challenge (a three ring spiral), a surface challenge (an area of the pine plantation had recently been burned and the ground was heavily charred) and a distraction (thanks, Alan, for picking up that road killed armadillo!)  We were all impressed with how steadily and easily Andy and Eibe handled the track. 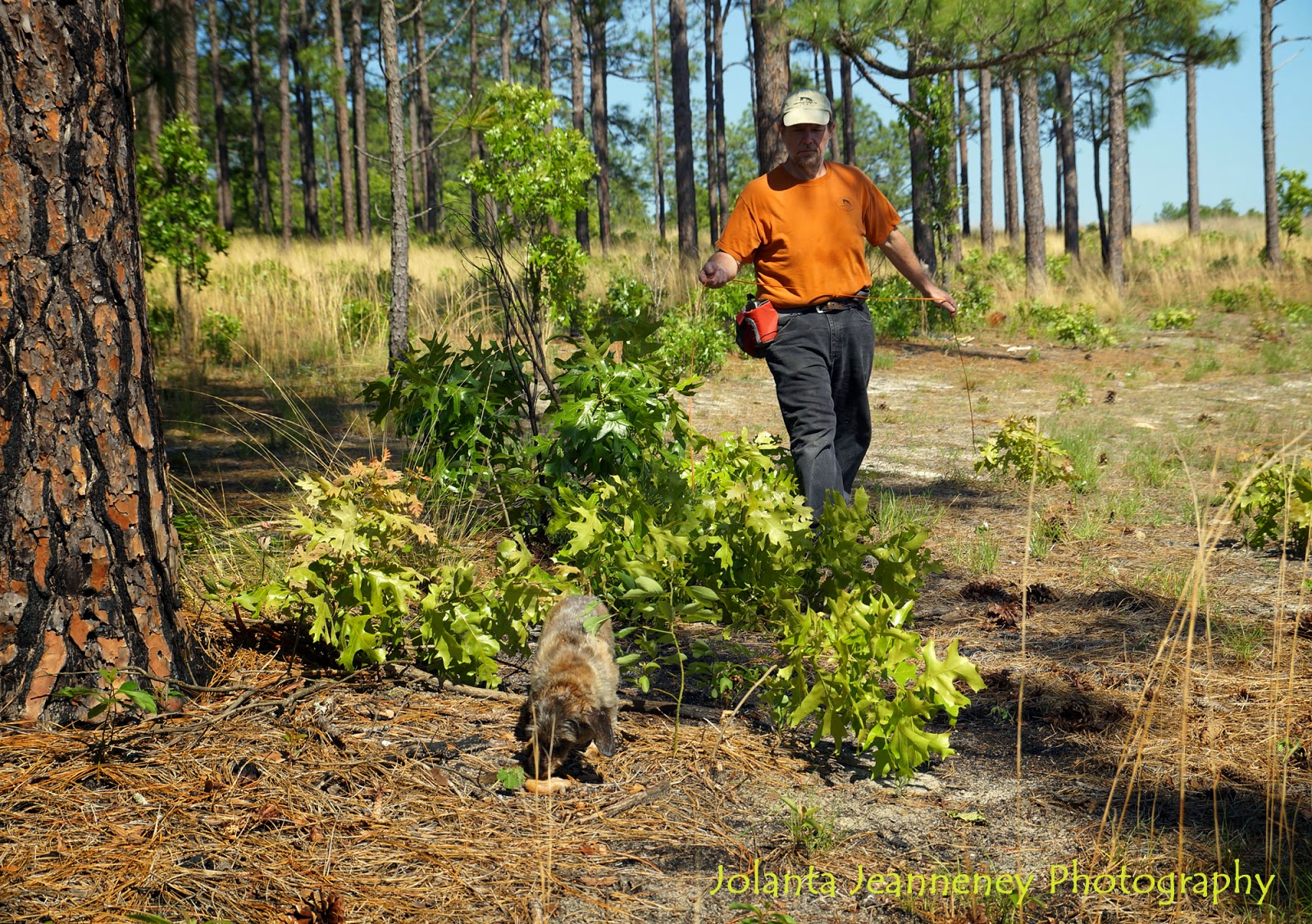 Over the course of the following two days, 32 participants received a variety of hands-on training and classroom presentations from the 11 UBT “staff” members in attendance.

The Hit Site Seminar presented on Saturday was an especially big “hit”.  The seminar followed the format described in our post from June 2013. 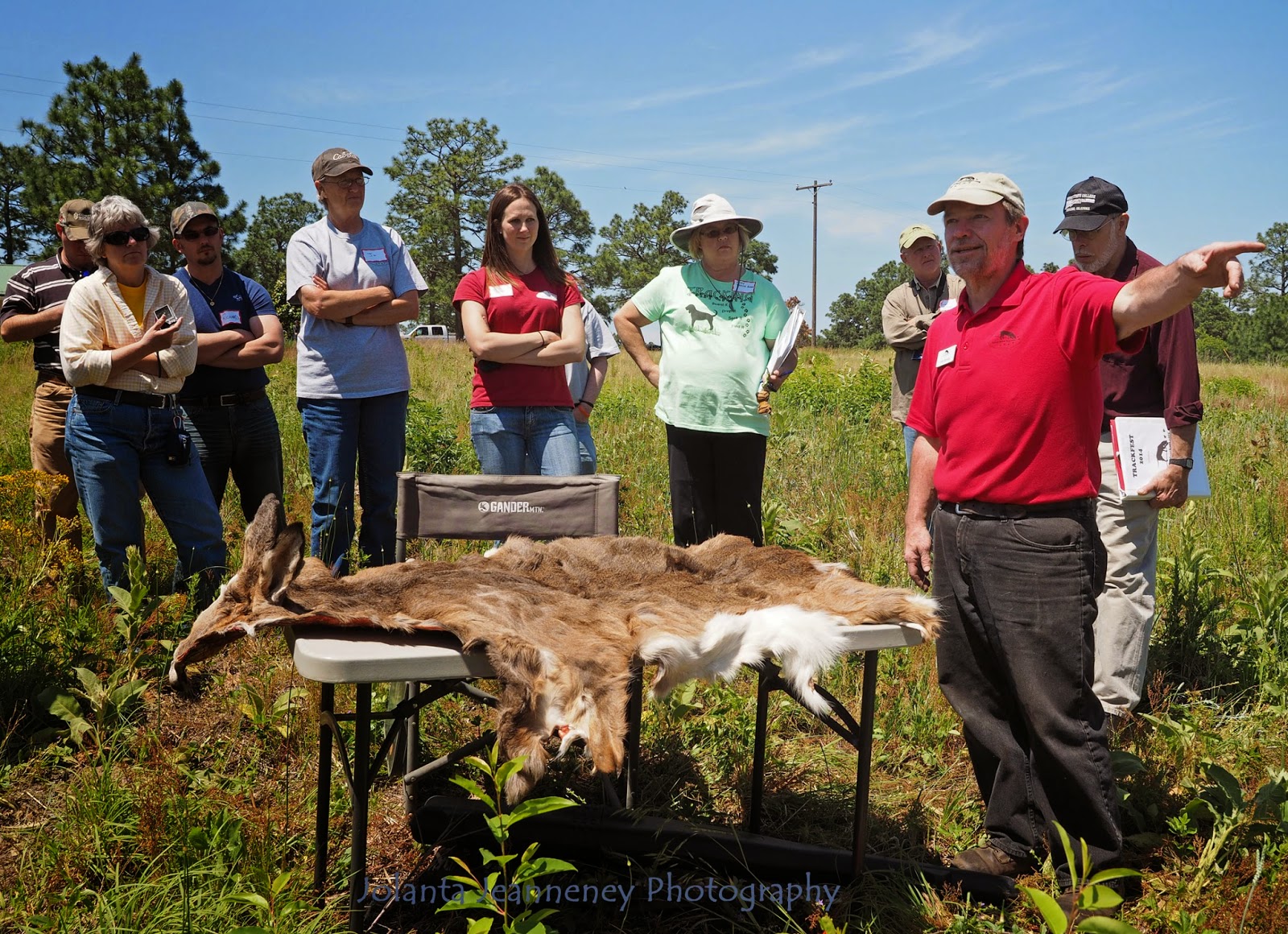 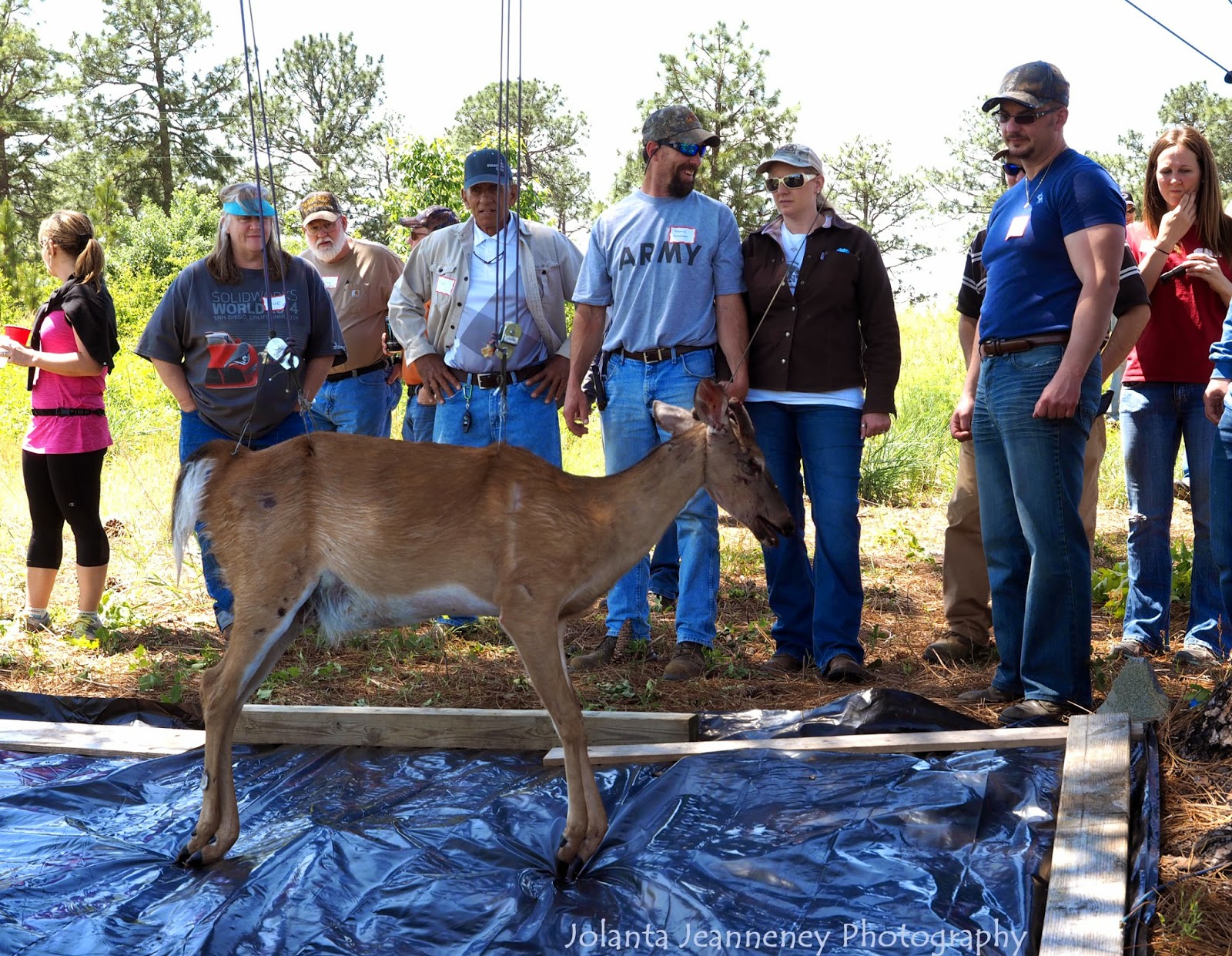 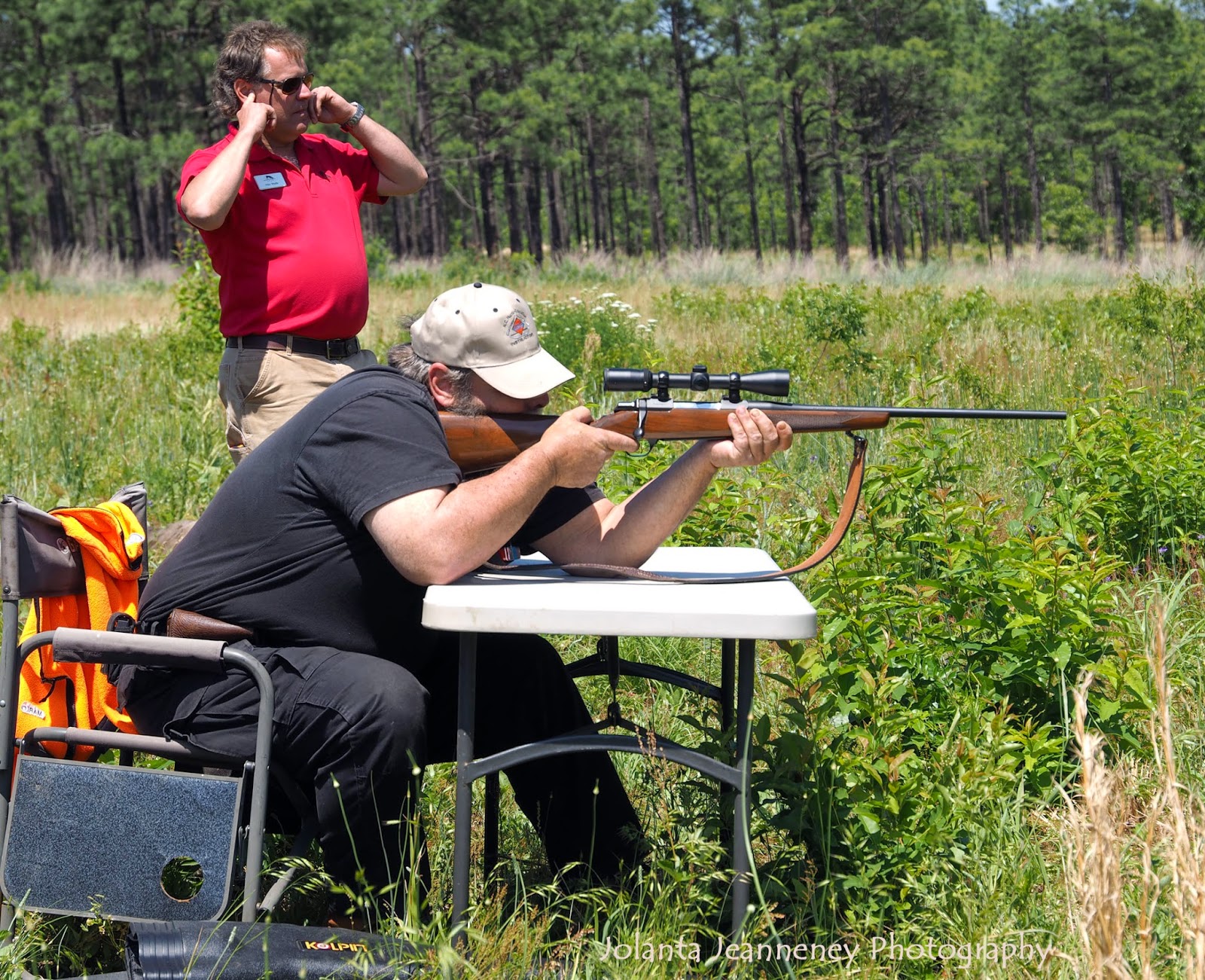 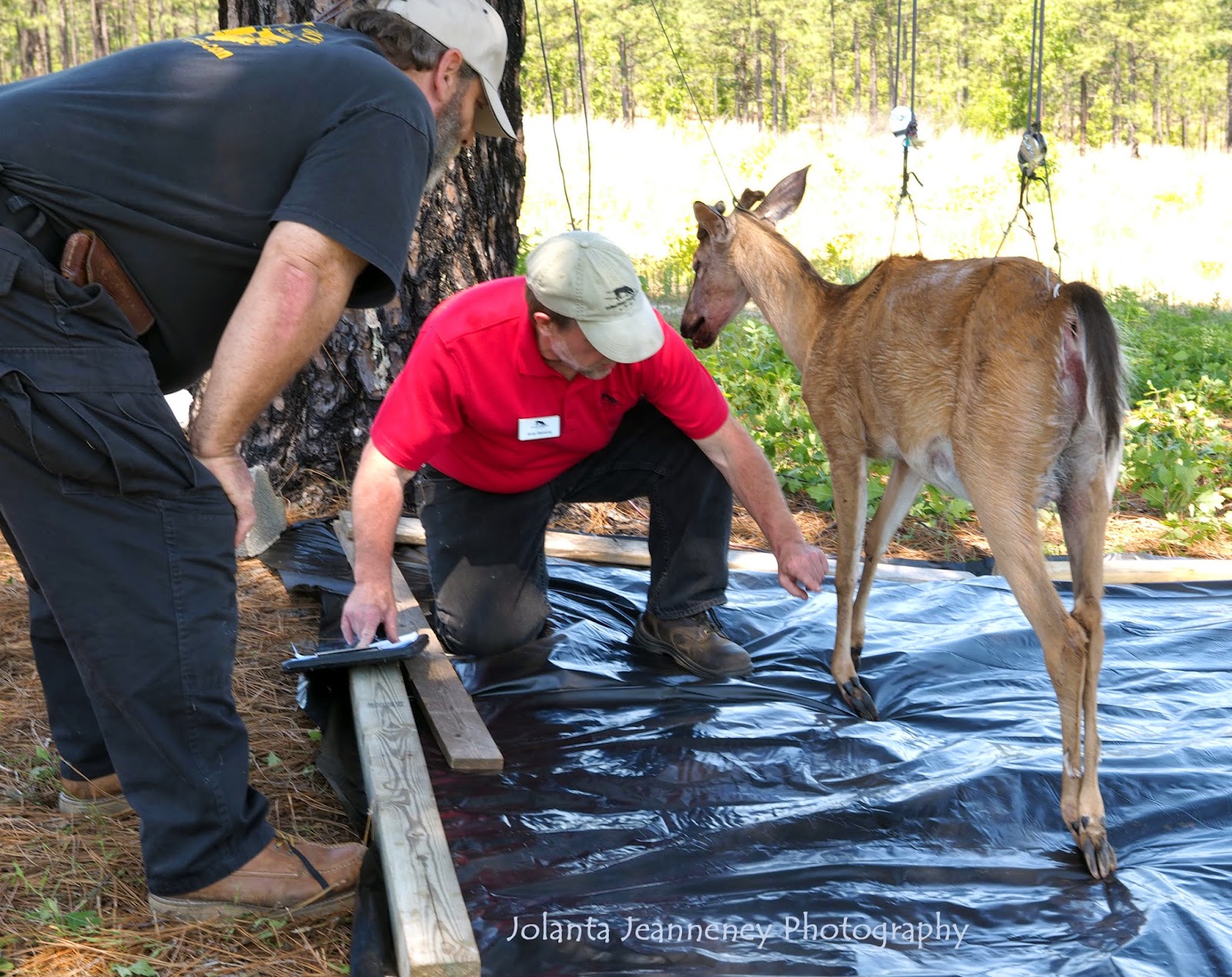 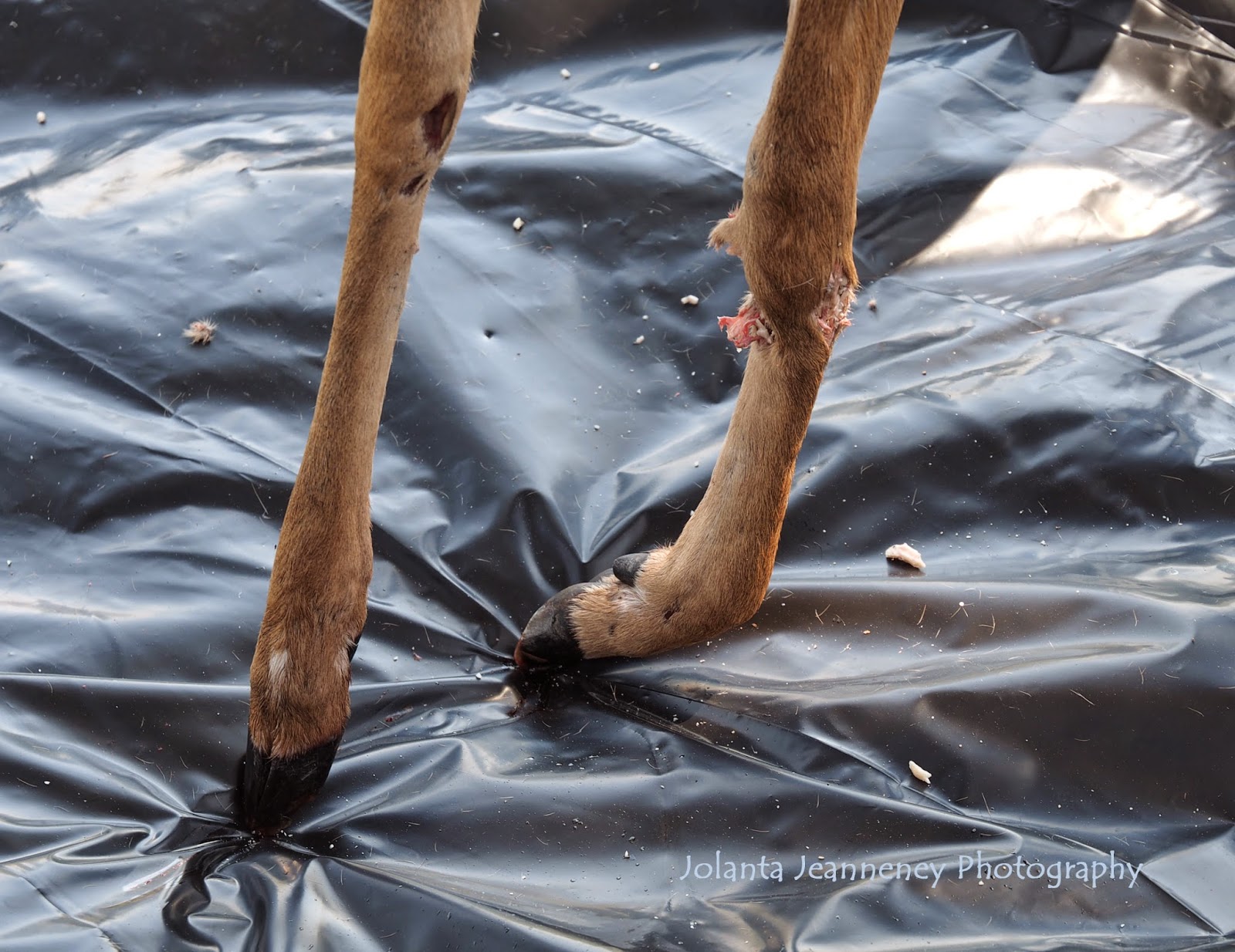